Rebirth of the 8-Circled Mage 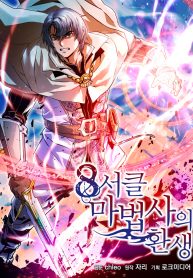 N/A, it has 6 monthly views

Henry Morris was an 8-circled wizard who was a legend- one of the founding fathers who helped his friend become the king of a unified empire. After the son took over the throne, Henry was executed with the false accusation of leading a rebellion against the empire. He then wakes up in the body of young Henry Morris, the eldest of a baron family, who also happened to have the same name. Henry turns his life around by again relearning magic and also swordsmanship in order to become the first magic swordsman, all for the sake of revenge.